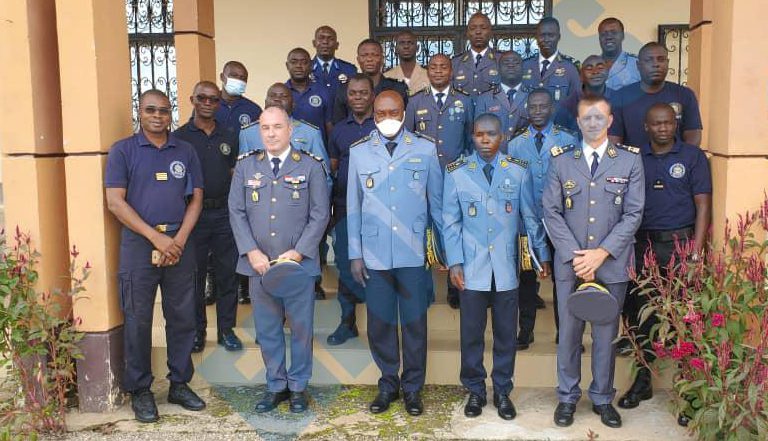 From 14 to 25 September 2020, the International School for Security Forces (EIFORCES) organised at its Awaé campus the fourth refresher course intended for formed police unit trainers, with the support of France.

For a fortnight, these trainees, all already certified as public order trainers, updated their pedagogical, technical and tactical knowledge thanks to a team of hand-picked facilitators.

The closing ceremony was held in Awaé on 25 September 2020, and was chaired by the Commissioner, Head of the Basic Education Division, on behalf of the Brigadier General, Director General of EIFORCES.

In his speech, the Director General’s Representative indicated that this fourth retraining course, organised in an environment marked by the fight against covid19, was an expression of the strong will of EIFORCES to relentlessly pursue its mission of training African security executives.

He also urged the recipients to consolidate their status as disseminators of knowledge, know-how and interpersonal skills reinforced during their stay in Awaé, to ensure triumph for the democratic management of crowds and the radiance of EIFORCES.