EIFORCES at the Cameroonian Embassy in Turkey. 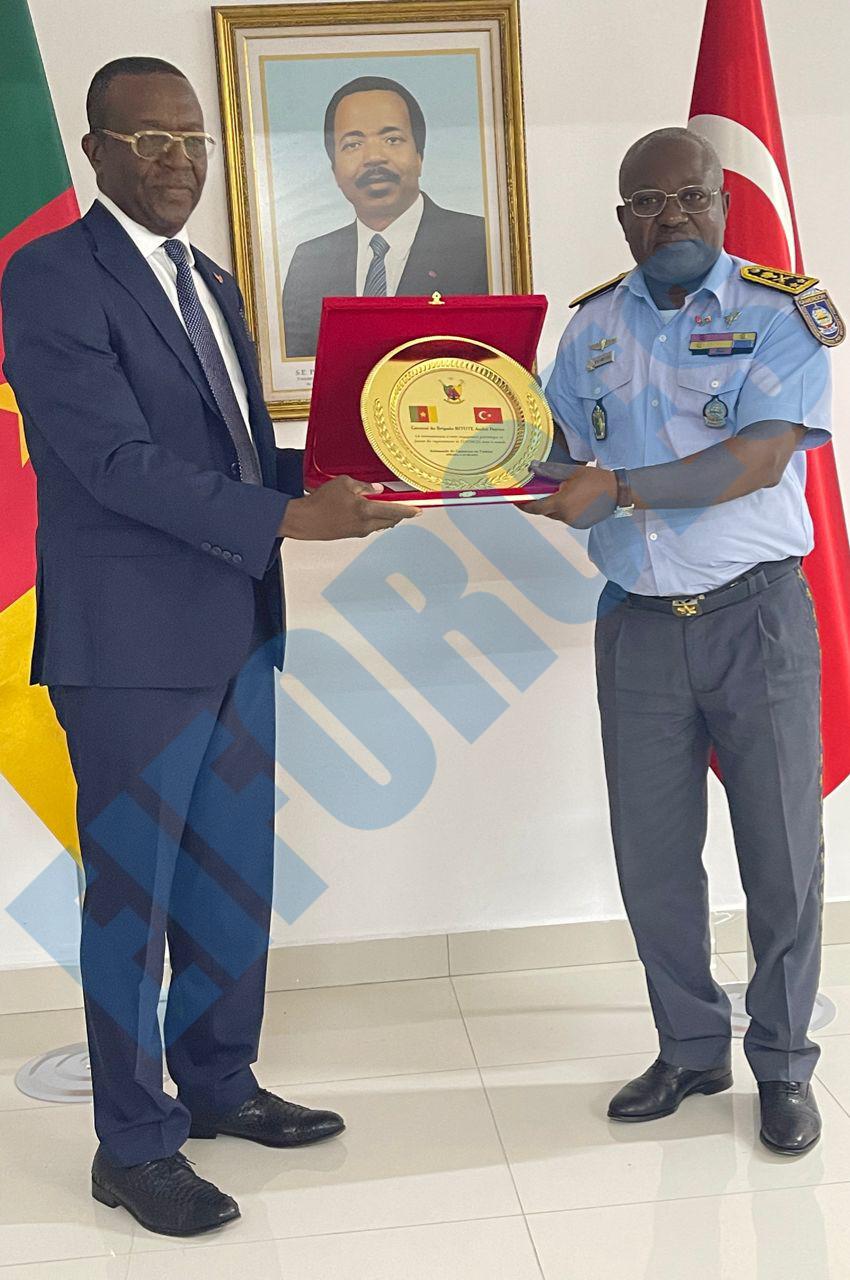 With pomp and solemnity, His Excellency Victor TCHATCHOUWO welcomed the delegation of EIFORCES in the premises of the Cameroonian Embassy in Turkey this 23 June 2022.

Following said reception, an official dinner was offered to the delegation in the presence, among others, of the Dean of the Diplomatic Corps, the Ambassador of Mali, the Deputy Director General for Africa at the Turkish Ministry of Foreign Affairs and the President of the Gendarmerie and Coast Guard Academy as well.

Earlier in the morning, Brigadier General André Patrice BITOTE, Director General of EIFORCES, and his delegation visited the Turkish Cooperation and Coordination Agency (TIKA), HAVELSAN and the Police Academy. /-