EIFORCES IN THE DRC, ACT 4: Discovering the PNC. 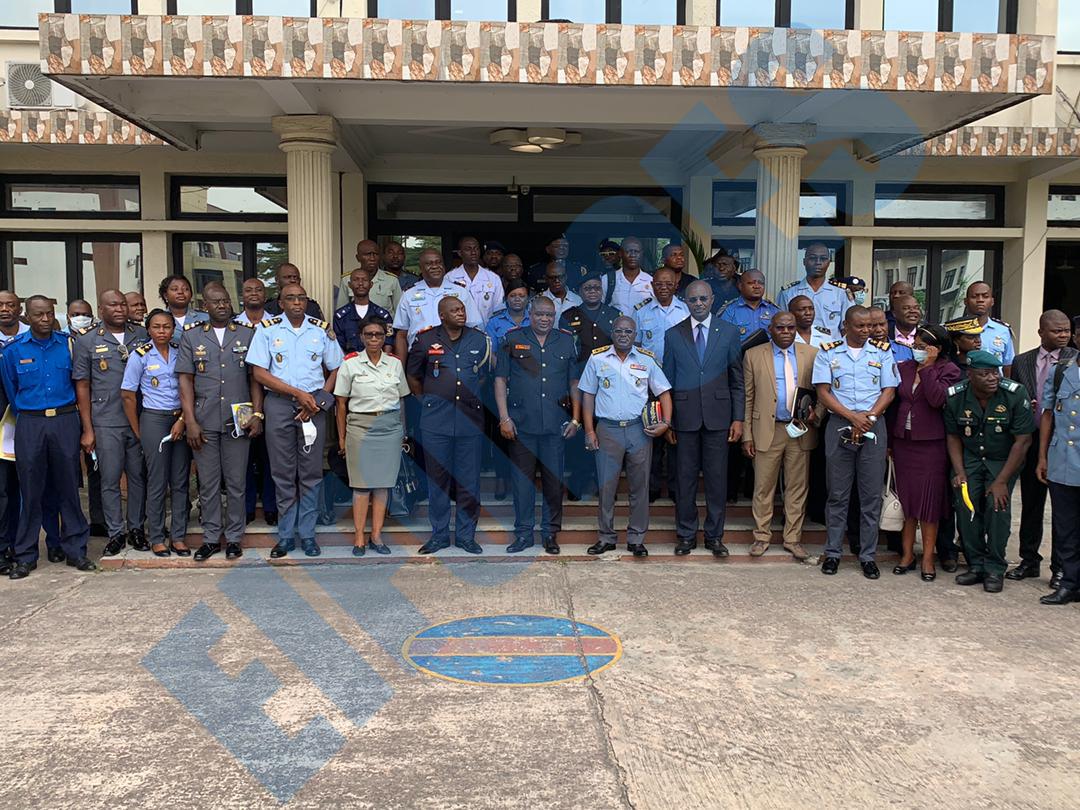 Commissioner MUSHID YAV Philémon Patience, Deputy Commissioner General in charge of administrative police coordination at the Commissariat Général de la Police Nationale Congolaise (PNC), devoted a full day to briefing the EIFORCES delegation on the organization and functioning of this body, as well as the training of its personnel.

During the morning of Thursday, 17 June 2021, Brigadier General André Patrice BITOTE and his strong delegation were briefed on the organization and functioning of the PNC, and in the afternoon, the Directorate General of Training Schools took the opportunity to develop the missions of this entity.

Occasionally, the whole PNC Commissariat Général Staff would be mobilized, with in good place former EIFORCES trainees whose contribution in the rise of the PNC was recognized and praised, to bring answers to the numerous concerns of the EIFORCES  and  of the BESS 7auditors and DEMFS 10 trainees./-