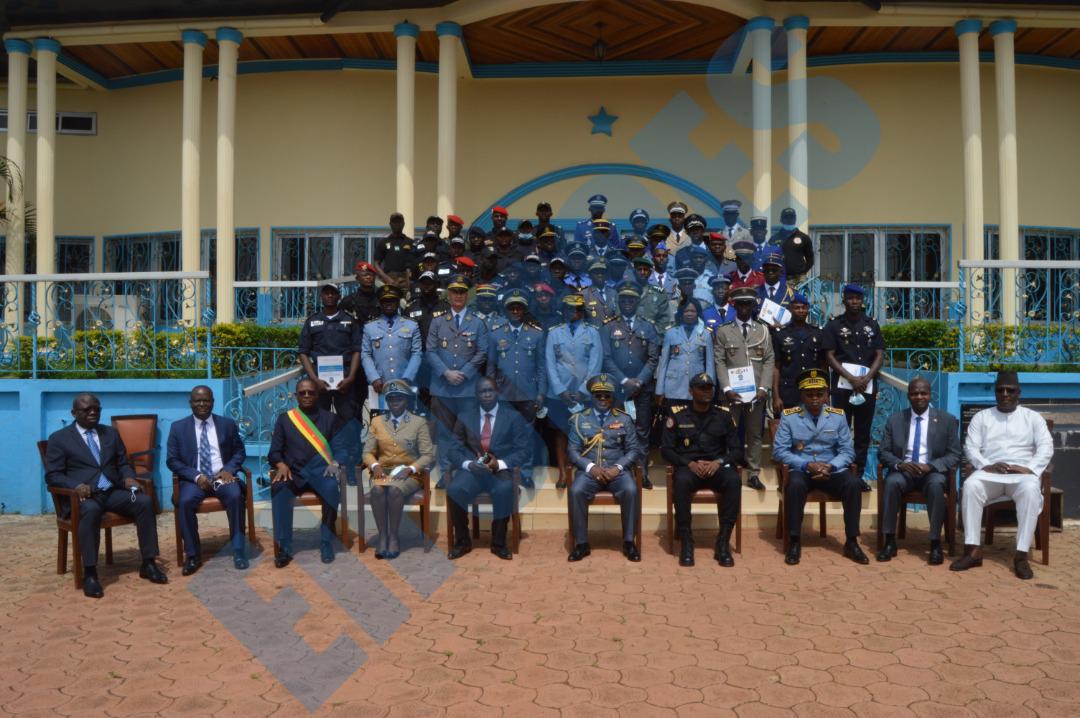 The EIFORCES Awaé campus hosted this 3 December 2021 a joint solemn closing ceremony for the Training of Trainers of UN Formed Police Units and the Explosive Ordnance Disposal (EOD) courses.

During this event, Brigadier General BITOTE André Patrice, Director General of EIFORCES, representing the Minister Delegate at the Presidency in charge of Defence, Board Chair of EIFORCES, highlighted the very high sensitivity of the Head of State in backing the organization of the EOD training course to benefit 9 police officers and 9 gendarmes from Cameroon.

In the same vein, he acknowledged the support of France as a partner in the organization of the ToT of UN formed police units, which brought together 26 participants from Benin, Burkina Faso, Cameroon, Congo, Gabon, Djibouti, Mali, Mauritania, Niger, the DRC, Senegal, Chad and Togo.

To the laureates, the Director General recommended that they draw on their experience at EIFORCES “to achieve peace and stability in Africa and the world”.