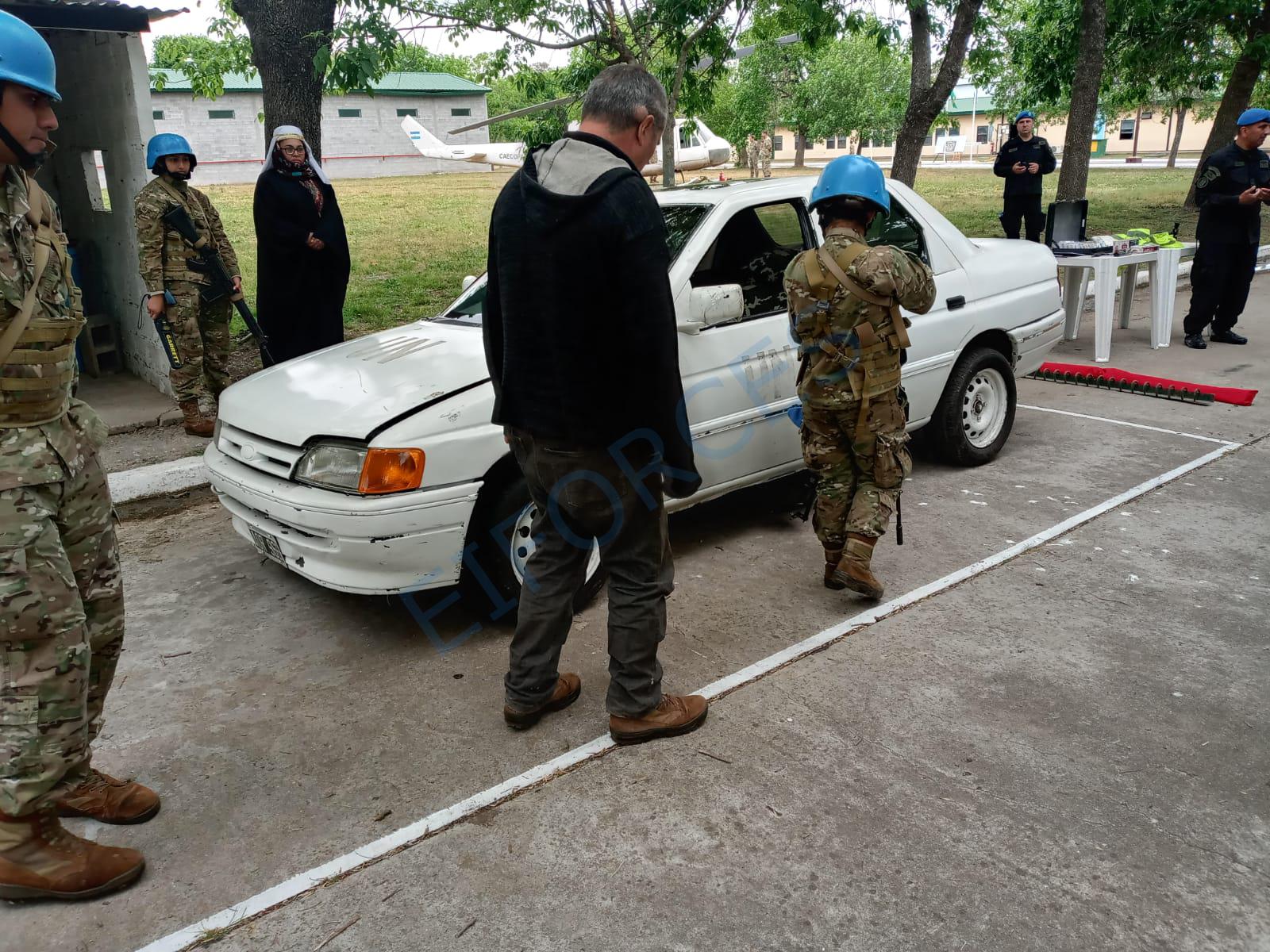 The EIFORCES Delegation was offered the opportunity to experience the know-how of CAECOPAZ in terms of preparing for deployment of an interpositioning mission. This simulation exercise had, on the foreground, the Argentine contingent deployed in Cyprus as part of the surveillance of the grey zone in the theatre of the conflict opposing Greek Cypriots and Turks. Supervised by Lt. Colonel FRAGNI, Head of the Training Department, the simulation exercise was presented to EIFORCES Delegation by Captain COTTA, leading the Delegation through various workshops.

This immersion in the Cypriot theatre was a perfect illustration of CAECOPAZ’s training expertise in mine and other explosive devices assembly and detection, as well as its mastery of crisis communication techniques and equipment. Alternately, the exercise led the Delegation through the various surveillance posts such as the close screening device station, the landmines and other explosive devices detection and delimitation zone, the helicopter evacuation centre for the injured and other collateral victims. All of these are essential elements in peacekeeping operations.

Another highlight of this second day of activities focused on the work of experts identifying possible areas of cooperation between EIFORCES and CAECOPAZ, with a view to setting a basic working framework as part of preparations for the audience scheduled for the following day at the Argentine Ministry of Defence. In keeping with the instructions of the heads of both institutions, namely Brigadier General André Patrice BITOTE, Director General of EIFORCES and Colonel Alberto FILIPPINI, Director of CAECOPAZ, the workshop composed of Colonel CHIAPPAI, Deputy Director of CAECOPAZ (from Argentina), and Colonel Fiacre Kisito ATANGANA, Director of Studies, Mr. ALOUGOU MANY Germain Colet, Head of Division for Cooperation and Public Relations, and Mr. Victor BILLE, Honorary Consul of Cameroon in Argentina, presented their report following a mutually enriching and fruitful exchange of views./-