EIFORCES-UNREC: A TOP LEVEL CONSULTATION TO MAP OUT LIKELY AVENUES FOR COOPERATION 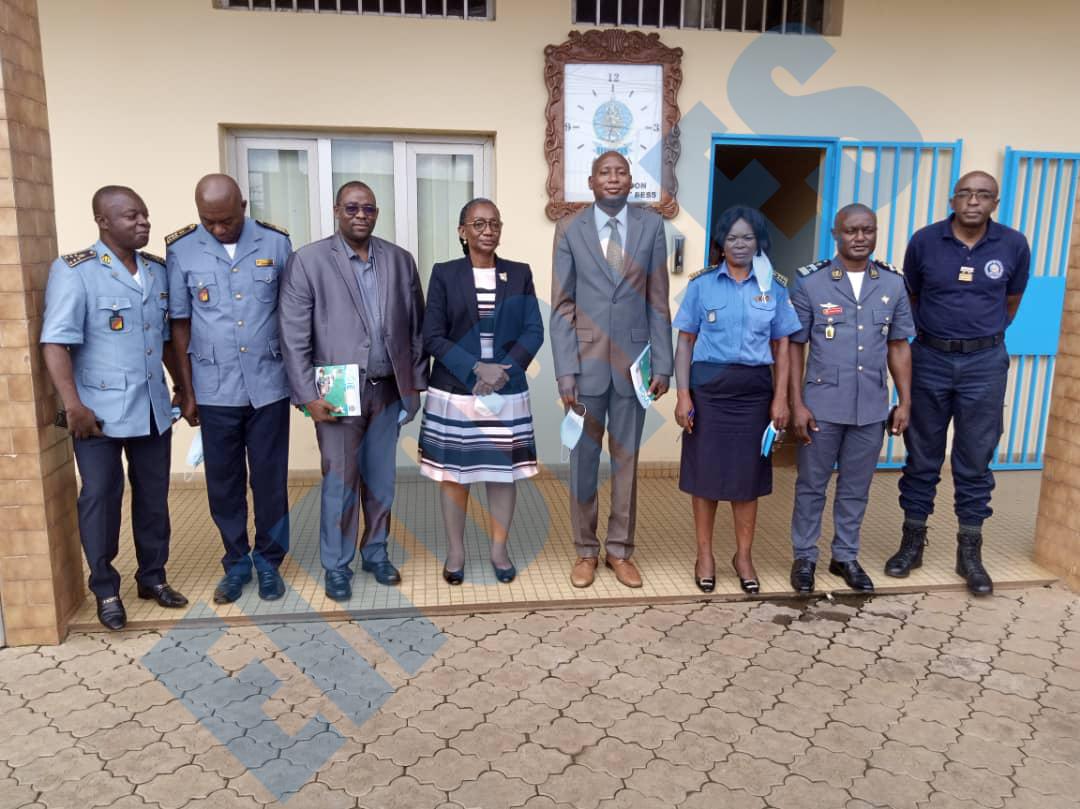 The Director of the United Nations Regional Centre for Peace and Disarmament in Africa (UNREC), Mr. Anselme YABOURI, visited EIFORCES on Tuesday, 18 May 2021, to initiate discussions with the top management on a possible partnership between the two institutions.

During an audience he was granted by  the Commissioner, Deputy Director General, Dr. Cécile OYONO-THOM, on behalf of the Brigadier General, Director General of EIFORCES, the Host of the Cameroon Government seized the opportunity to disclose the mission of the institution he is in charge of, which is fighting against the proliferation of small arms and light weapons (SALW), whose flow actually threatens peace in the world, especially in Africa where the phenomenon is on the rise due to endemic conflicts.

During his stay, this distinguished guest focused on understanding the phenomenon of the circulation of small arms and light weapons (SALW), the perception that Cameroonian authorities have of this issue and on how the pave the way for cooperation with our country. These were the main points of this working visit initially planned for last year but postponed for current Covid-19 pandemic reasons.

This phenomenon is of major concern to UN Secretary General Antonio Gutierrez, who has decided to address it through a global agenda for disarmament and peace. As a result of this commitment, a fund has been set up to support the fight against the proliferation of these weapons, which jeopardise world peace.

Moreover, Mr Anselme YABOURI revealed that Cameroon and Jamaica have been chosen to serve as a jump-start for the Fund, thanks to the dynamism of his Government through the Ministry of External Relations. Besides, the Centre aims to develop a peacekeeping training programme with selected peacekeeping training centres, including EIFORCES.

This mission coincided with the symbolic destruction ceremony of a stockpile of weapons seized by the Cameroonian Defence and Security Forces in various national theatres, especially in the North-West and South-West regions; a ceremony presided over in Buea, on 19 May 2021, by the Prime Minister, Head of Government, Chief Doctor Joseph DION NGUTE.