Twenty-six graduates of the Higher Degree of Security Studies (BESS) and Senior Staff Diploma of Security Forces (DEMFS) obtained their degree on 18 June, during a solemn ceremony which took place on the Awae Campus and that was presided at by Brigadier General, Director General of EIFORCES, representing the Minister Delegate at the Presidency in charge of Defence, as Board Chairperson of EIFORCES.

Both training courses had two particularities in that BESS 6 recipients followed and obtained the Master’s degree in International Security from the International Relations Institute of Cameroon (IRIC), meanwhile the DEMFS 9 Graduates received at the same time a training and qualification of “UN Police Officer” for which EIFORCES is certified.

In his ad hoc address, the Director General urged the laureates from Benin, Cameroon, Congo, Côte d’Ivoire, Guinea, Mali, Niger and Togo to live up to their new status.

He took the opportunity to announce the launching of the selection process for admission to DEMFS 10 and BESS 7 for the academic year 2020-2021./- 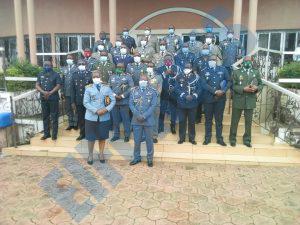 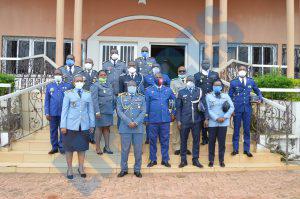