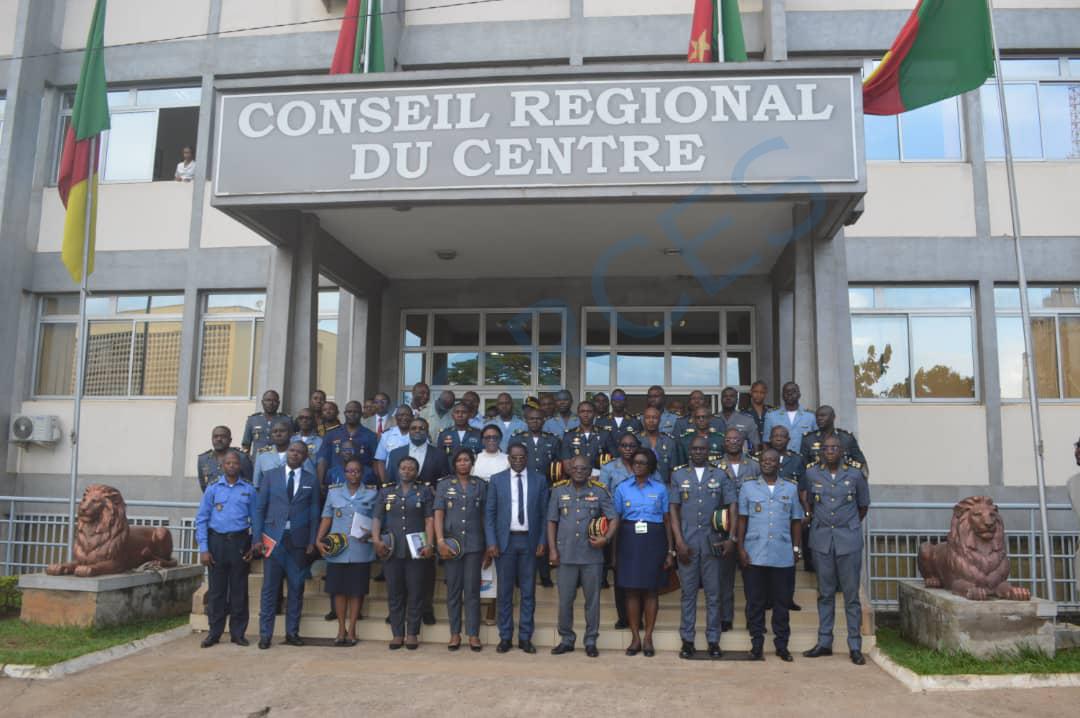 The domestic study mission to Yaounde, in the Centre region, started with a focus on local institutions for the fifteen (15) auditors of the 9th Higher Degree of Security Studies and the twenty (20) trainees of the 11th Senior Staff Diploma of Security Forces, from Cameroon, Congo, Côte d’Ivoire, Guinea, Mali and Togo.

Under the leadership of Brigadier General BITOTE André Patrice, Director General of EIFORCES, the stops at the Yaounde City Council and the Regional Council for Centre enabled the EIFORCES alumni to deepen their knowledge of decentralization through contact with these two local authorities.

These two stages took place following a detour through the Services of the Governor of the Centre Region, of which the Secretary General of these services took advantage, on behalf of the Governor, to explain to his guests the role of the administrative authorities in the management of a security crisis.

The day ended with a visit to the Headquarters Brigade where Colonel MATIANG Charles, commander of the said Brigade, and his staff demonstrated their role as “shield” in securing the “city of seven hills”.