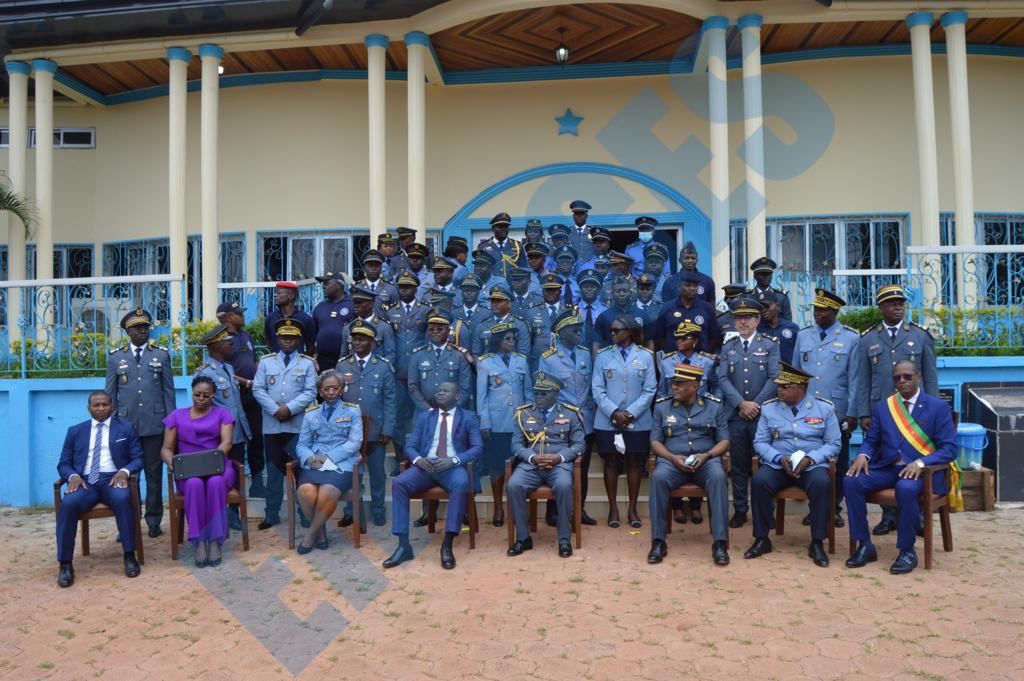 On 24 September 2021, the Director General of EIFORCES, Brigadier General BITOTE André Patrice, presided, on behalf of Mr. BETI ASSOMO Joseph, Minister Delegate at the Presidency in charge of Defence, Chair of the EIFORCES Board of Directors, over at the EIFORCES campus in Awaé, the joint closing ceremony of the 3rd session of Director of Judicial Investigations (DE), the 4th session of Criminal Identification Technicians (TIC) and the 5th session of the Training of Trainers of Formed Police Units.

In his closing address, the Director General of EIFORCES expressed his deferential gratitude to the President of the Republic of Cameroon, H.E. Paul BIYA, for His High Esteems, with the special grants that enabled DE and CIT courses to spring back to life after protracted hibernation, but also the approval of EIFORCES’ triennial priority Infrastructural Development and Equipment Plan. Thanks to this plan, the School will be able to carry out its missions with serenity from its Awaé headquarters.

Likewise, the Director General thanked the French party for its constant support, as well as countries entrusting the development of their staffs to EIFORCES.

The School’s activities will continue this Monday, 27 September 2021 in Awaé, with the simultaneous opening of a training seminar for civilian road safety actors in Central Africa, organised thanks to a partnership with the European Union; and the eighth Higher Degree of Security Studies (BESS), which some twenty senior officers and police officials from Cameroon, Congo and Mali are expected to attend./-